These old Triple E motorhomes keep popping up wherever we go these days. Here's another one we discovered on a roadside lot near Blairmore, Alberta. Despite the electrical cord dangling out of this model—no it's not the Tesla electric model.

There definitely seems to be a lot of these early Triple E motorhomes still around and many remain on the road racking up the mileage—a testimony to their quality construction.

Here's what NADA price guides say about the Triple E motorhomes: "A Canadian recreational vehicle producer since the 1960s, Triple E has been engaged in the United States motorhome market since 1984. Class A and Class C motorhomes, the Triple E assortment of vehicles are reputable for being reliable, quality built products. Towable products would be introduced under the Triple E name through the 1990s. Though the years, Triple E has added a sizable line-up of fifth wheel trailers and travel trailers ranging from 22 to 34 feet in length."

By 1981 Triple E was manufacturing more than half of the Class A RVs sold in Canada. During this era the company made various acquisitions of other manufacturers and factories in Manitoba, Alberta and Ontario. P.W. (Peter) Enns founded Triple E as a Winkler, Manitoba business in 1965 as a way to provide employment for staff at his heating and plumbing business—he then recruited Philipp Ens and a second son-in-law, Peter Elias, to help lead. The company celebrated 50 years of operation in 2015. 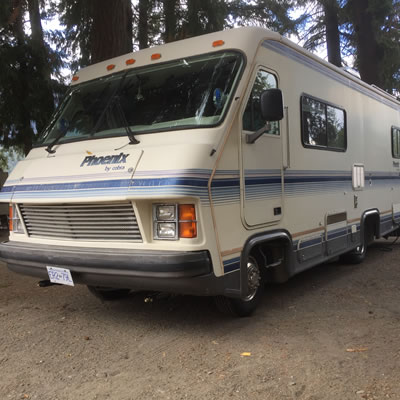 These motorhomes were built with the vacationing family in mind. 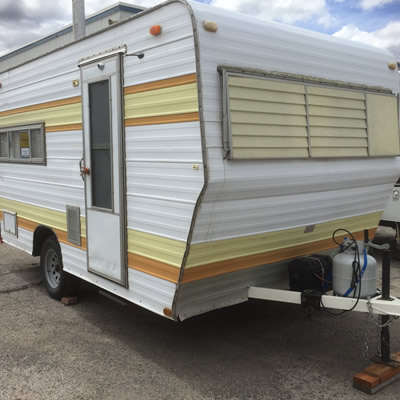 The history of the Bell travel trailer is a bit of a mystery - they were made in Montana in the 1970's, but beyond that, information is scarce.