I always enjoy visiting the City of Nelson in British Columbia’s interior. I have never lived in Nelson, but for some reason it always feels like home.

Talking about home, Nelson is full of great shops, delectable restaurants, has a vibrant downtown and a beautiful lakefront park and it’s also home to an array of vintage RVs and trailers. Seems like every time I visit I spot a vintage RV of some type.

Sure enough, I wasn’t in the City more than 20 minutes when I came across a cool little trailer tucked away in a back alley. A make/model I had never heard of before and one that someone has obviously invested a fair bit of TLC into because it looked to be in A-1 condition.

This colourful little trailer was manufactured by a Canadian company called Estevan Industries of Fort MacLeod, Alberta. It would appear that Estevan Industries (which actually started in Estevan, Saskatchewan and moved to Fort MacLeod) produced two models - one was called the Esta Villa and the other Esta Vitte.

Tracking down the details on Estevan Industries and their Esta Villa trailers is sort of like playing detective - a few sketchy details here and there as we piece the Esta Villa story together.

Here is a snippet about Estevan Industries from an article in the Lethbridge Herald of March 29, 1961:

“Equipment for making mobile and prefabricated homes is expected to arrive in Fort Macleod in a few days, Mayor George Buzunis told the Chamber of Commerce here Tuesday night. Estevan Industries Ltd, is moving its plant from Estevan, Sask., to one of the hangars at the airport currently being sold by the federal government to the town. The plant will employ 50 to 75 men, only three coming from Estevan, The mayor noted that representatives of the Saskatchewan government had gone to Estevan reportedly to try to persuade the company not to leave the province. He said he checked with company officials and they said the visitation was to try to buy them out, but they were not selling. Their equipment was already loaded and would be moved as soon as road bans were lifted.”

There is another reference from the website Virtual Crowsnest Highway regarding a trailer manufacturer in Fort Macleod occupying one of its old airport hangars. Did General Coach take over the Estevan Industries plant?  Here’s the reference: “In a couple of the other hangars General Coach and Trailer had set up manufacturing facilities in the mid-‘60s to be near the plywood plant. General Coach’s premises, unfortunately, burned to the ground on January 2nd, 1968, and the company decided to relocate its operations in similar structures at Kenyon Field at Lethbridge rather than rebuild.  Estevan Industries made large, aluminum-faced Esta Villa mobile homes, likely in one of the old base buildings.”

The Esta Villa is long gone but its memories are still alive and well, or so stated this one-time camper whose family once proudly owned an Esta Villa trailer: “I rode down to Larrabee State Park, which is a few short miles south of Bellingham, Washington. Well, things have changed a bit in Larrabee since I used to hang out there as a kid. Back in the mid-sixties, my parents had a small 13 ft. Esta Villa trailer which they would leave down at Larrabee through the week, and we would go down from Vancouver on the weekends. I was around 8, 9, 10 years old at the time, and the park was a magical, adventurous place.”

It would appear that Estevan Industries produced travel trailers from the early 1960’s to about 1967. Evidently a number of the trailers are still around, including this smart-looking little trailer found in Nelson, B.C.

Do you have any more information about Estevan Industries and their lineup of Esta Villa travel trailers? Contact us and share your story! 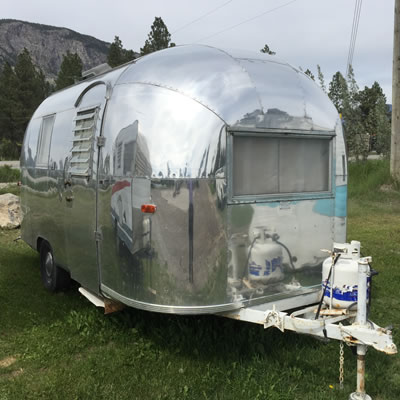 Still in production, the iconic Airstream trailer has proven to be a resilient brand, with the first trailer produced in the late 1920's. 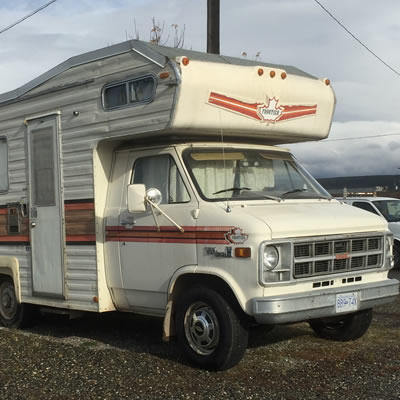 These little van conversions were popular with RVers looking for mobility and flexibility in their travel and camping.