Trish Mitchell is one of those people who refuses to back down in the face of a challenge. A single parent during the early 1990s, she was the mother of two girls who had a fondness for camping—so she made it a priority to take them on family excursions.

“Once I took my kids to Manning Park campsite and it rained really hard,” said Mitchell. “Before the night was over, my daughters, my dog and myself ended up sleeping in a very small Ford hatchback. This would have discouraged a lot of people from wanting to go camping, but I decided we needed a trailer.”

With a tight budget and a creative eye, Mitchell checked out the local RV market to see what was available. She found a diamond in the rough, a 1968 Travelaire that needed a little TLC.

“I had very little money at this time—we went trailer shopping anyway. We found our trailer sitting in a farmer's field,” she said.

It just needs a bit of elbow grease...

Upon closer inspection, she found that the RV needed a lot of work done on the interior. Other than a working stove and front counter, the inside of the trailer was pretty well barren. For the price of $50, Mitchell took the trailer home and began her renovation process.

“I installed a homemade wood top for (the stove),” she said. “I (installed) a small electric fridge and used a large ice pack when I went dry camping. Me loving to play around with hammers and nails, I built in the table and benches. I had to install a water tap in the kitchen; this (enabled us) to use the park's water system and an independent pump plumbing system. I also painted the unit inside and out. It took me all my spare time in the winter to rebuild the unit.”

On the road again

The family took the trailer to several camping destinations, bringing it to Harrison and nearby provincial campsites, as well as up Chilliwack Lake Road to the forestry sites and Chilliwack Lake. Sometimes they even brought the neighbourhood children along for their adventures.

“When my grandkids came along, the trailer needed more upgrading, which I did—I even installed a microwave oven,” said Mitchell, “something not even invented when the trailer was originally made. I learned a lot the first time I built the interior of the trailer, so much that I decided to rebuild the table and benches so they were easier and simpler to use. It makes me proud of my achievement.”

Recently, Mitchell has invested in a newer unit, a 1981 Ford Okanagan with only 80,000 kilometres on it. The new motorhome is large enough to pull her vintage trailer.

“I also bought a camping membership,” she said, “so I can go camping as often as I want—which is quite frequently.” 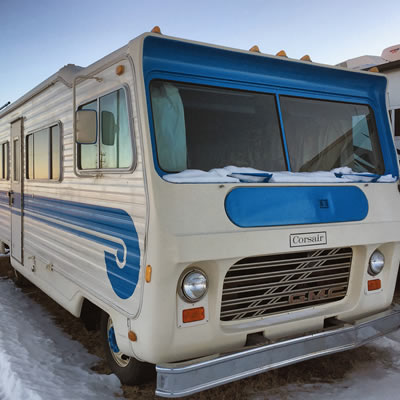 Bendix evidently built a number of models of RVs under the names Corsair, Citation, Centurion, Aristocrat and Lifetime. 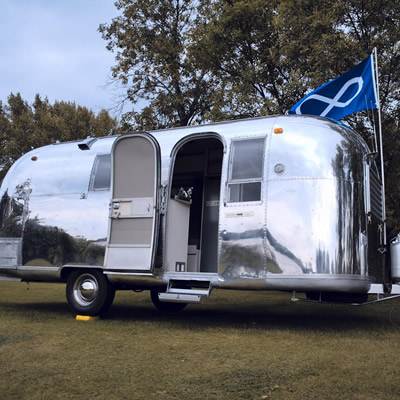 Vintage RV—1967 Airstream Safari: The story behind the restoration project

Howard, and his wife Lori, live in Manitoba and have accumulated an impressive line-up of some 11 vintage trailers they have restored, renovated and put back on the road again.