Quartzsite after the shows and vendors

When we left Wickenburg for Quartzsite, our plan was to pull into the 14-day BLM area where Chuck and Sheila had been last season (Scaddon Wash). It would have been pretty noisy being that close to the highway, so we moved over to Hi Jolly, to the site where we parked last year.

It was still not what we wanted.

We ended up back at our usual site next to the wash. That felt better…it felt like that was where we should be, so we stayed there for a couple of weeks.

It’s interesting how much easier it is to meet people in the boondocking areas than in the regular parks.

The folks we first met in Pahrump, and then again at the North Ranch, showed up at Hi Jolly a few days after we got there; there was a fun young couple from Washington and even a couple from Alberta who were active in the Family Motor Home Association.

Quartzsite, before the shows, is just a small desert town getting ready for the major onslaught that happens when the Big Tent goes up and all the vendors move in.

A few permanents like the Readers’ Oasis Book Store, my favourite place KGK Kitchen Supply, J & B Tools and The Gambler are always there. They carry on business as usual and are stocking up for the invasion.

Thriving on a lifestyle

This is when the artists and crafters start to appear: Elizabeth, along with her writer partner, John, is working in her studio in Prospector’s Panorama. John shares his great news with us. At least one of his books has been accepted for publication. Good going, John.

A new fellow from California has arrived on the scene convinced he can make his millions collecting rocks and throwing together bright and shiny silver jewellery—good luck!

When you talk to most of the artists and crafters, they tell you they don’t expect to get rich plying their talent but they thrive on the lifestyle.

There was a horrendous storm while we were there. Unusual winds, rain, thunder and lightning managed to down a few cacti and destroy a few tents. The next day, there was Curt working his pottery wheel and firing up his two kilns right there where his tent used to be.

They say you can get anything you want in Quartzsite, but you have to wait until the vendors show up. Before that all you see is an outline of what’s coming.

How to cut expenses when you're committed to life on the road. 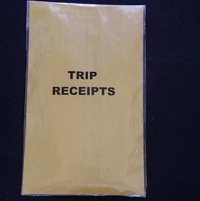