Do your due diligence before crossing the border

Before crossing the border, you will need to do far more online and in-person research than you’ve ever done before

Time was that crossing the 49th Parallel was a friendly, straightforward exercise for citizens who lived on either side of the border. Obey the rules about days away and dollar shopping limits and businesses in both countries welcomed the hefty tourist revenues.

And then came the ever-increasing suspicions and testiness that arose out of the events of September 11, 2001. Everything has changed—including the cross-border rules that apply to RVing snowbirds who hope to continue their much-anticipated winter sojourns around the pools and the golf courses of sunny California, Arizona and Texas.

So how will that affect Canadian snowbirds? The simplest answer, of course, is that you will need to do far more online and in-person research than you’ve ever done before.

The need for travellers to have the most comprehensive medical coverage they can afford has been discussed many times in RVwest and in a myriad of other travel magazines. Despite that, sad and troubling stories continue to be covered by local and national media.

Travellers who didn’t bother getting insurance because they "only" wanted to do a day’s cross-border shopping can still get hurt in minor traffic accidents. Travellers who actually have a travel insurance policy but failed to update their medical information have then found that their unexpected stay in a U.S. hospital will not be covered.

One glaring example: Some of you may remember the story of travellers Bill and Tracy Jennings of Gold River, B.C. It was aired on a CBC Marketplace episode.

In brief, Bill suffered a heart attack while vacationing, tried to activate his Manulife travel insurance but had his $300,000+ medical claim denied. The reason? A common mistake—even though his previous medical care for colon cancer had absolutely nothing to do with his claim for current cardiac care, his failure to declare that history on his application gave Manulife the loophole it needed to deny Bill’s current claim for cardiac care.

I don’t know how that case eventually played out. All I can suggest by way of caution is that you make a complete list of all the medical conditions you have experienced over the past, say, five years—even getting a flu shot—and attach it to your application for medical insurance. If that history means you have to pay an extra $50 to $100 in a policy premium, it sure beats facing a $300,000 to $400,000 U.S. hospital bill.

Cross-border rules on use of marijuana

Some of the problems Canadians are waiting to hear about are self-inflicted by their governments. In full knowledge that many U.S. states will not look kindly on the legalization of marijuana, and without any apparent attempt to negotiate a cross-border agreement ahead of time, the federal government appears content to leave it to tourists and the Canadian/American border agents to thrash it out between them on a case-by-case basis.

High on your list, and regardless of the rules in an individual state, obtaining a written OK from your closest U.S. Customs and Border Protection Office would be a worthwhile proactive move.

When you do so, you will need to review the background of every member of your group. No matter how long ago they occurred, the group’s health and employment history can be checked as well as outstanding tickets. Medical or recreational use of marijuana products is high on the list for causing trouble at the border. 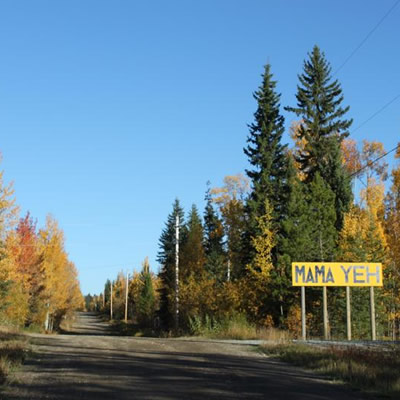 RVs and motorhomes—our emergency homes away from home

So far this summer, over 42,000 evacuees have put pets and belongings into a vehicle and headed away from Interior wildfires in favour of evacuation centres in safer B.C. communities. 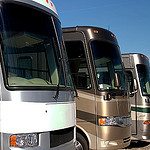 Remember the basics: Use your campsite and the park's common areas responsibly, respect your neighbours.