The truck camper has gone through an evolution in development that places it on par with many larger and more expensive RV types in terms of amenities.

This cute, compact mini-truck camper caught our eye last spring—it's called the Citation Supreme and this one is mounted on a Nissan mini-truck. General Coach-West of Penticton or Oliver was the manufacturer of these popular little Citation units.
General Coach-West came into the recreational vehicle marketplace during the 2001 model year. Constructing truck campers as well as fifth wheel and travel trailers, General Coach-West also produced Class C motorhomes until the 2005 model year. All General Coach-West products are self-contained for quick, easy camping. The final products constructed by General Coach-West were built in 2007.
These little truck campers typically included an air conditioner with heat strip, microwave, TV antenna, awning, storm windows, CD stereo, electric jacks (manual in 9'2") and DSI water heater.
The truck camper has gone through an evolution in development that places it on par with many larger and more expensive RV types in terms of amenities. Like the popular Toyota Hilux compact truck with a Mini-Mirage campers, the Citation Supreme mini-truck campers would be classed as a RV, due to the fact that the camper section is permanently attached to the frame of the truck.
In North America the term truck camper and its derived acronym TC, are generally used to refer to any recreational vehicle (RV) that may be carried in the bed of a pickup truck.  In North America, this RV type is sometimes known as a slide-in or cab-over, according to Wikipedia.
Share your classic RV restorations, or tell us your favourite story about a cool vintage unit you've encountered by filling out our Classic Vintage RV form. 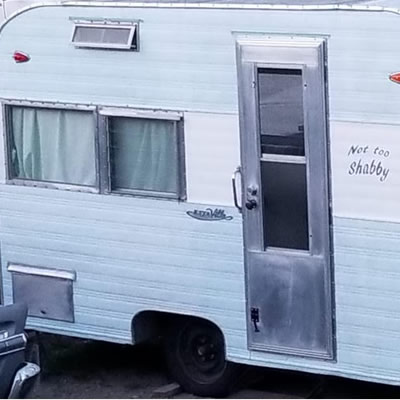 A big shout out to Tina Myers for sharing her Esta Villa project photos – the before and after pictures are very dramatic. 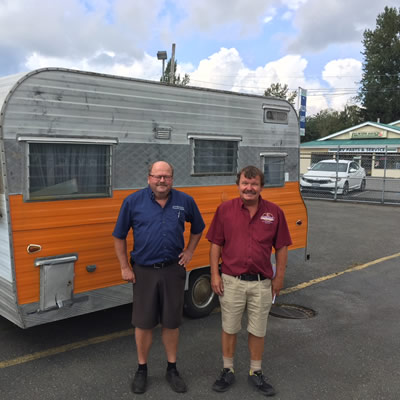