We discovered this pristine-looking early 1980’s Winnebago Chieftain cached away on a southern Alberta dealer’s lot — for storage purposes we assume. This unit shows evidence that its owners have invested more than a little TLC into it and it prompted us to delve a little deeper into the history of Winnebago.

There are very few RV iconic brands that have the name power and legacy associated with Winnebago. What do we know about the history of Winnebago – this famous brand in the RV industry?

Here is a little history (edited somewhat) on the famed RV company as posted by O’Connor’s RV: “Back in 1958 a man named John K. Hanson, a businessman from Forest City, Iowa, convinced Modernistic Industries, during an economic downturn affecting the area, to open a travel trailer factory. It survived a turbulent beginning and was then bought out from Modernistic Industries by five Midwesterners with Hanson acting as president.

Where does the name come from? Forest City, Iowa, is located in a county that is named Winnebago. Evidently the name can be traced back to its Algonquian language roots – where there is reference to the Winnebago tribe, their language, and the Fox River. The word means person of the muddy water – alluding to the dirt and muddiness of Fox River.

By 1960, and after the finalization of the sale, the group changed the name of the company to Winnebago Industries – a name that has continued into the present.

In the early days, Winnebago Industries focused on manufacturing furniture and similar amenities and components designed with the specific purpose of being used in their proprietary travel trailers. Travel Trailers were a good start – but the company was growing and opportunities presented themselves that enabled them to shift their vision towards motorhomes. The first model completed production in 1966. By setting their price at approximately half of what their competitors set similar models at, Winnebago’s popularity skyrocketed, becoming synonymous with the motorhome segment.

Looking for inspiration in the Native American Tribes in the area, many of the models released through the ‘70s and ‘80s earned names like Brave, the Indian, the Chieftain, and the Warrior.”

“The Winnebago belong to the far-flung Siouan-speaking peoples whose members at one time inhabited an area which extended from South Carolina and the lower Mississippi River northward and westward to the states of Wisconsin, North and South Dakota and Montana, and the provinces of Saskatchewan and Alberta in western Canada. Apart from certain secondary changes the culture of these tribes was basically alike. The centre of this Siouan civilization at one time lay, presumably, somewhere along the Mississippi River, extending from St. Louis southwards and eastwards.

The Winnebago themselves are most closely related, linguistically and culturally, to those Siouan tribes who lived in the state of Iowa and in south-eastern Nebraska and the region immediately to the south, that is, the Oto, Iowa, Omaha and Osage, to name the most important ones. No later than A.D. 1000, so the archaeological evidence seems to indicate, these tribes were living close to the centre of that area where the oldest complex American Indian cultures first took on their mature forms and became differentiated. That all of these cultures owed many of their basic characteristics to the influence of the great civilizations of Mexico there can no longer be any question.”

Winnebago has discontinued the use of Native American monikers for their motorhomes. Rather their motorhome line-up currently features generic names like Adventurer, Vista, Sightseer, Intent, Sunstar, Sunova, Horizon, Grand Tour and Forza — to list some of their models. Their travel trailers are called the Minnie, Micro Minnie, Minnie Plus and Spyder. The Class C line-up includes Navion and Vista.

The company’s corporate statement reads, “Winnebago Industries, Inc. is a leading U.S. manufacturer of outdoor lifestyle products under the Winnebago, Grand Design and Chris-Craft brands, which are used primarily in leisure travel and outdoor recreation activities. The Company builds quality motorhomes, travel trailers, fifth wheel products and boats. Winnebago Industries has multiple facilities in Iowa, Indiana, Oregon, Minnesota and Florida. The Company's common stock is listed on the New York and Chicago Stock Exchanges and traded under the symbol WGO. Options for the Company's common stock are traded on the Chicago Board Options Exchange. Winnebago Industries was incorporated under the laws of the state of Iowa on February 12, 1958, and adopted its present name on February 28, 1961.” 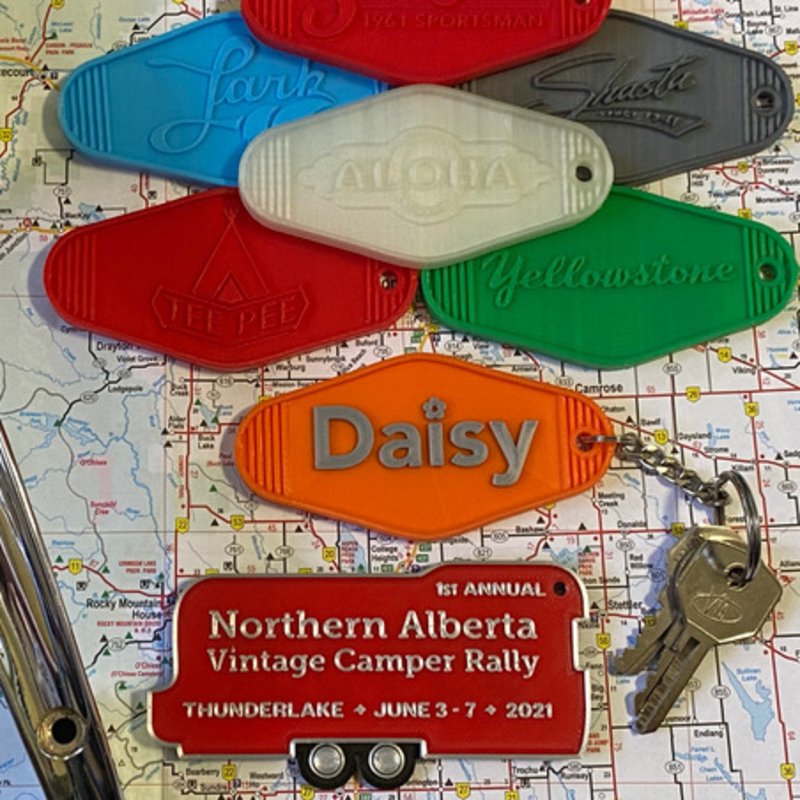 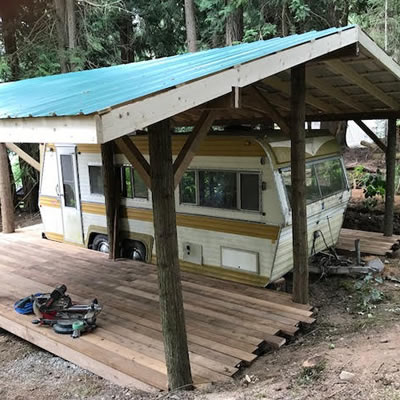 RVwest reader, Thomas Carver, is restoring a 1975 Vanguard trailer and is looking for advice on sourcing parts from fellow readers.