David Woodworth, a noted RV historian, is currently on an American tour

David Woodworth paints a lively and vivid picture when describing what RVing was like in the early 1900s.

“How would you like to pull into a campground like this?” said Woodworth. “When you pull into the campground, there are 800 campsites along the river. As you enter, there is a gas station with a wash rack, a movie theatre, a dance hall, a campers’ lounge, a restaurant, a soda pop machine and hair salon, a billiards table, eight electric washing machines and electric irons and a nine-hole golf course. This was Denver (Colorado’s) Overland Park in 1922.”

Woodworth is an RV historian and he won the Recreation Vehicle Industry Association?(RVIA) Spirit of America Award last year for contributing nearly two decades of his time to promoting the rich history of RVing. The RVIA?is the national trade association that represents RV manufacturers and their component part suppliers; these companies build more than 98 per cent of all RVs produced in the U.S.

This year, the RVIA?is celebrating the 1910 to 2010 RV centennial marking the 100th anniversary of the RV industry. On April 12, Woodworth began a 13-day countrywide tour from the RV/MH (Manufactured Housing) Hall of Fame and Museum in Elkhart, Indiana; the tour is aimed at promoting the RV industry.

Woodworth said he has documented stories of people RVing as far back as 1905, but it wasn’t until 1910 that RVing began to boom. It was during this time that mass-produced auto campers were first built; these were the forerunners of present-day recreational vehicles. Skip ahead 12 years and the New York Times estimated that there were 15 million auto campers on the road around the world.

Through market booms and busts, Woodworth said, the RV industry is still going strong. When asked where his passion for RVing lies, Woodworth said it comes down to a love for history, mechanics and travelling in comfort.

“I have been all over the U.S. and Canada,” said Woodworth. “(RVing) allows me to travel around the country and do it in real comfort and to have a really wonderful time. RVing is a wonderful experience because you get the freedom of travelling and stopping where you want, all in the comfort of your RV.”

In his younger years, Woodworth was an avid RVer; he travelled extensively through the lower 48 American states and Canada in a variety of RVs, including motorhomes, travel trailers, fifth wheels and towable trailers. His favourite places to visit in Canada are in Alberta in the Banff and Lake Louise region and throughout the Canadian Rocky Mountains.

Woodworth is an expert on vintage RVs, and at one point he owned close to 50 recreational vehicles—the largest collection of RVs in the world.

“I was a collector of early auto camping equipment and I had been collecting for years on the history of auto camping,” said Woodworth. “I have recently sold my collection to the RV/MH Hall of Fame Museum in Elkhart, Indiana; I had the world’s largest collection of motorhomes, travel homes, tent trailers, papers and photos.”

Woodworth, who was born in Anchorage, Alaska, has moved many times over the years, including to Maine and Massachusetts. Today, Woodworth and his wife, Sheran, call California home. The couple live in Los Angeles in the winter and reside four kilometres south of Yosemite National Park in the summer. It is here that Woodworth jokes about cleaning toilets all day to earn his living. In reality, Woodworth probably does clean a couple of toilets every now and then, as he and Sheran own a bed and breakfast called the Tin Lizzie Inn—Tin Lizzie is a colloquial name for the Model T Ford. This automobile was first produced in 1908 and was named the world’s most influential car of the 20th century because it opened up the possibility of travel to the common middle class.

Woodworth is a true history lover at heart and the Tin Lizzie Inn incorporates the elegance and grandeur of the Victorian days. He includes his love for RVs in his business, keeping a collection of Model T Fords and Model A Fords that visitors can use to drive and explore Yosemite National Park.

Woodworth’s RV centennial tour is taking him to many destinations in the U.S., including Chicago, Indianapolis, Louisville, Cincinnati, Dayton, Columbus, Michigan, New York and Philadelphia. Woodworth is travelling in a new Fleetwood motorhome and is towing with him a Telescope Apartment, an antique RV manufactured in 1916.
“I am working (to tell) the story of auto camping and RVing from its earliest inception,” said Woodworth. “This is something that I have really enjoyed doing and it is a huge story that nobody really knows much about.” 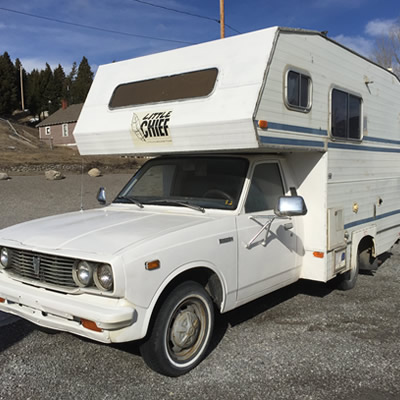 The Little Chief Mini-motorhomes were manufactured by a company called Trav-L-Mate Industries in Penticton, British Columbia, back in the late 1970's and 1980's. 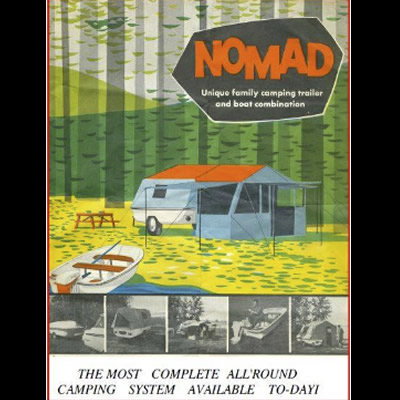