Flashlight that doubles as a light bulb

In a power failure have you ever been left feeling around in the dark, wondering where your flashlight might be? And when you finally find it, do the batteries work?

Or perhaps you do own a rechargeable flashlight, but it spends most of its time occupying an outlet, doing nothing.

MoMA's Bulb Flashlight has helped solve both of those problems in one solution. It doubles as an LED light bulb.

“The Bulb mounts in any standard screw-type fixture, and uses six watts of power to produce a light output equivalent to that of a 40-watt incandescent bulb. As long as it remains in that fixture, it stays charged.
In the event of a power failure or some other flashlight-requiring situation, the user just unscrews it, extends its handle, flips on its power switch, and there you go—semi-instant flashlight. It's reportedly able to run for three hours before requiring recharging, and its bulbs should last for at least 60,000 hours of use.”

The Bulb Flashlight is available now from the MoMA (Museum of Modern Art, New York) store for US $45, or $40.50 for MoMA members.

You’ve never seen a kitchen like this in an RV 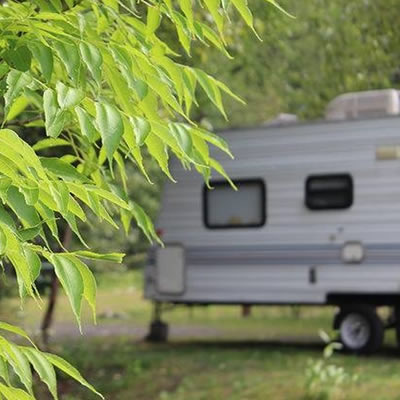 British Columbia’s world-renowned provincial park system continues to attract global attention, with visitors from outside B.C. making up more than one-quarter of a record number of camping reservations in 2015.