Desert courses in small Arizona towns have some quirky features

Salome is a small village between Lake Havasu and Phoenix, Arizona, situated in the McMullen Valley. The expression "blink and miss it" is somewhat appropriate. The name Salome comes from Mrs. Salome Pratt, whose husband Charles Pratt and his friend Dick Wick Hall decided to build their own town on the spot "where Salome danced in the sand."

Hall was a newspaper editor and businessman. He wrote for the Saturday Evening Post, including a story about a seven-year-old frog that never learned to swim because it lived in the desert. Around 1904, Hall built the first golf course in Arizona and called it Greasewood Golf Lynx. The course was unique: it covered 23 miles, had 18 holes, sand greens and a par 375. Some called the style of play horseback golf. The pro shop sold canteens, binoculars, pack mules, horses, food and camping equipment. It was recommended that you carry six dozen golf balls. Hall insisted that, “all caddies and horses lost on the course must be paid for.” The final score was not recorded, but the record time for one round was 46 days and 29 balls.

Hall was a humorist and satirist and loved to poke fun at pretentious city folks, Salome and himself. He owned a gas station called Laughing Gas, with posted signs like “Hot Air is Free.” His newspaper was the Salome Sun and his photographer was C.G. (Put) Putnam. Are you getting the picture?

The golf course only existed on paper, just like his frog that could not swim. Not knowing a lot about golf, Hall laid out Greasewood Lynx in rods and not in yards, with the longest hole being 5,135 rods (1 rod equals 5.5 yards). The average modern golf course is 6,500 yards with a par 72. You do the math. Dick Wick Hall had a wicked sense of humour and many a golf enthusiast arrived in Salome to play his imaginary course.

Today Greasewood Golf Course in Centennial Park near Salome is an executive course of nine holes that costs $9 per round. It is 1,732 yards, a par 32, and named in honor of Hall’s original course. The fairways consist of desert vegetation, sand, rock and grass around good greens. With the longest hole being 286 yards, this is truly a links course and a challenge. If you really want to test your skill, try the back nine holes for $2 extra. These are built in the desert, much like Hall designed. Bring your old clubs.

The golf course in Holbrook, Arizona, is called Hidden Cove. The course is a regular nine holes, 3,269 yards, par 36. The course is presently owned by the City of Holbrook because the previous owners walked away when they figured out they were losing over $200,000 per year. The city, not wanting to lose the golf course or taxpayers money, came out with a novel solution. They closed the pro shop and restaurant, kept a minimum maintenance staff and installed vending machines. The vending machines dispense tees, golf balls, gloves, carts and even snacks. A round of golf is $5 and, of course, you pay through a vending machine. This thinking-outside-the-box course has not yet turned a profit, but a city official assured me that losses had been cut in half.

There are approximately 340 golf courses in Arizona. The Turquoise Valley Golf Course and RV Park at Naco, eight miles south of Bisbee, is unique for a number of reasons. It is the oldest continuously operating golf course in Arizona. Built is 1908 and renovated in 1999, the course also features the fifth longest hole in the United States and 10th longest in the world. The 15th hole is 747 yards long and is a rare par six--yes, par 6. Just to add to the difficulty of the hole, the 15th is not straight, with the last shot over water to the green. The hole is called Rattler and some sand traps are called Rattlesnake Eyes.

That leads to a unique local rule dealing with rattlesnakes. If your ball comes to rest near this dangerous hazard, you get a free drop “well away” from the snake, but of course no closer to the hole. 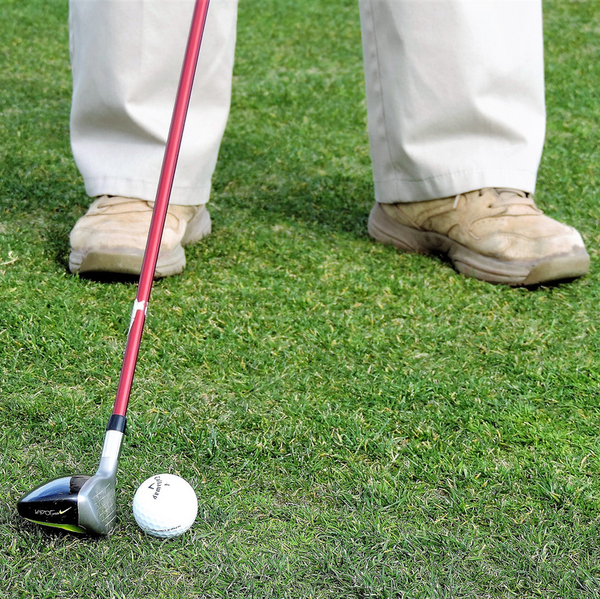 Snowbirds need to make some adjustments to their game while down south.
by Dennis Begin 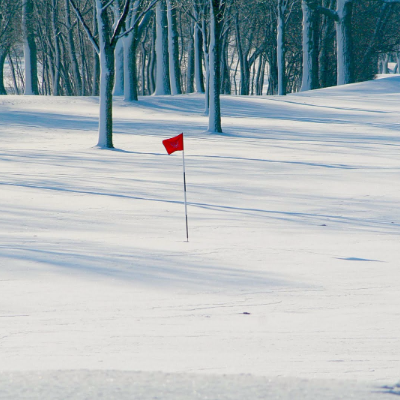 Use the winter to improve