Spending the time and money to invest in a suitable surge protector can avoid disaster when it comes to electronics.

What could be worse for the expensive computer or surround-sound entertainment centre you just bought than a complete power outage? Well, with no intervening surge suppressor, if you have the devices plugged in and turned on, the answer is—a power outage that is followed by a surging restoration of that power.

Furthermore, if it’s raining and you’re in an RV that is connected by a power cord to a 30- or 50-amp power post of indeterminate age, your unprotected, finely-tuned electronics are even more vulnerable to power hiccups than they would be at home. Even the sudden drop and resurgence in power that happens when the fridge clicks on or when you turn on the microwave can cause problems for those electronics.

Common scenario? Your computer is on. It’s dark outside so you turn on the lights and decide to watch the evening news on TV. If you then press "start" on a 900-watt microwave, you have likely entered the danger zone for the computer. Even new neighbours arriving and plugging their RV into the second outlet on the power post can be the straw that breaks the camel’s back.

Fortunately, there is a wide variety of surge suppressors available on the market to protect your electronics investments. But first a little story:

You might think that someone who lived full-time in an RV for 26 years might have taken the time to learn about its electrical characteristics. I didn’t. Instead, my usually inquiring mind took it all for granted. So long as everything was working, I was singularly incurious. If the power went out, the battery would kick in, right?

All I can say is that with the amount of computer-essential writing I do, I have been extremely lucky to have escaped without an outright disaster. In hindsight, I’ve been following the mantra taught me by the manager of a computer store in San Bernardino in the early 1980s: “Liz, you don’t need to know how it works, just that it works; now go sell it.” So, lazy me, I did.

While there’s more fun to that story than I have time to tell, one of the things I did learn was the importance of selling a robust surge suppressor along with the other expensive computer equipment our clients were buying.

Why? Simply because the functionality of those computers and the security of the data they contained depended entirely on a smooth, uninterrupted stream of clean power that was not always reliable in California.

In brief, the presence of a quality surge suppressor between the wall socket and your electronic devices can save you hours of frustration, catastrophic loss of irreplaceable data and hundreds, even thousands, of dollars.

Exactly what is a surge suppressor? Without getting technical, it is a device placed between a source of power—usually an AC or telephone land line—and electronic devices to prevent damage to the electronics that can result from a voltage surge. Surge suppressors come in all shapes and sizes, from the puny versions contained in the cheapest power bars that can barely fend off a sneeze all the way up to those built into large uninterruptible power supply (UPS)/battery units that can cost $1,000 or more.

The strength of the suppressor you purchase should have a direct relationship to the wattage, value and number of devices you need protected. Best advice? Do some online research and then go to a knowledgeable electronics supplier you trust and buy a quality surge suppressor with a rating high enough to cover the equipment you need protected.

Here are some links for more information:

The front page of Mike’s website says it all! If he doesn’t know the answer to your surge suppressor question, it is likely no one does.

Here are links for hi-tech gadgeteers who are interested in the technical side of the subject (even if they already have a surge suppressor):

Shurhold is a company dedicated to educating owners on RV value preservation. 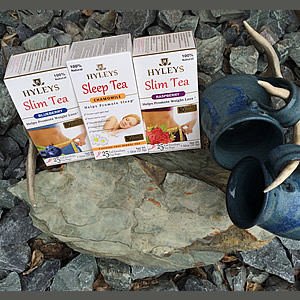 Hyleys Slim Tea and Sleep Tea brings an exotic experience to your body, soul and spirit.