Popular RV insurance underwriter, Aviva Canada Inc., one of the country's leading providers of home, auto, leisure and business insurance, is proud to announce a multi-year partnership with globally recognized tennis star Genie Bouchard and a long-term exclusive relationship with Tennis Canada that includes naming rights to the tennis centre at York University through 2025 and platinum sponsorship of Rogers Cup presented by National Bank in Toronto and Montreal.

"We're proud to have a brand that is recognized by Canadians as caring for what's important to them and their communities," stated Aviva Insurance Company of Canada President Sharon Ludlow. "And now for us to be associated with a phenomenal athlete and personality such as Genie, a world-class national organization like Tennis Canada, and a globally recognized event like Rogers Cup, this is a great day and an honour for Aviva Canada."

A world-class tennis facility and home to the prestigious Rogers Cup presented by National Bank, the newly named Aviva Centre will host the game's biggest ATP and WTA stars and inspire up to 150,000 fans who attend the event annually. Aviva Centre is also the training base for the game's future stars as it is home to one of Tennis Canada's National Junior Training Programs.

The partnership with Tennis Canada also positions Aviva Canada as the Official Platinum and exclusive Insurance Sponsor of Rogers Cup presented by National Bank. Rogers Cup takes place August 8-16 with the men's draw at Uniprix Stadium and the women's draw being held at Aviva Centre at York University.

"As the owners of a world-class venue and internationally-recognized tennis centre, partnering with a well-respected global brand like Aviva is a perfect fit for Tennis Canada and Rogers Cup," said Kelly Murumets, President and CEO, Tennis Canada. "We share a belief in maintaining strong values, giving back to the community and providing the utmost in customer service which makes for a natural partnership that we know will grow and thrive over the next 10 years. We are thrilled that our facility will officially be known as Aviva Centre - the Canadian home of current and future tennis stars."

Born in Montreal, Bouchard is currently ranked world No. 11 by the Women's Tennis Association (WTA). At the 2014 Wimbledon Championships, Bouchard became the first Canadian to reach the finals of a Grand Slam in singles. She also reached the semi-finals of the 2014 Australian Open and 2014 French Open. Following the 2013 WTA season, Bouchard was named WTA Newcomer of the Year and received WTA's Most Improved Player award in 2014.

"What Aviva has achieved with their community fund for the last six years is fantastic," commented Bouchard. "The work that the Aviva Community Fund has done made it an easy decision for me to want to partner with Aviva, and I am looking forward to the difference I can help make in Canadian communities."

Aviva Canada is one of the leading property and casualty insurance groups in Canada providing home, auto and business insurance to more than three million customers. The company is a wholly-owned subsidiary of UK-based Aviva plc and has more than 3,000 employees, 25 locations and 1,700 independent broker partners.  Aviva Canada invests in positive change through the Aviva Community Fund; Canada's longest running online community funding competition. Since its inception in 2009, the Aviva Community Fund has awarded $5.5 million to over 100 communities nationwide. 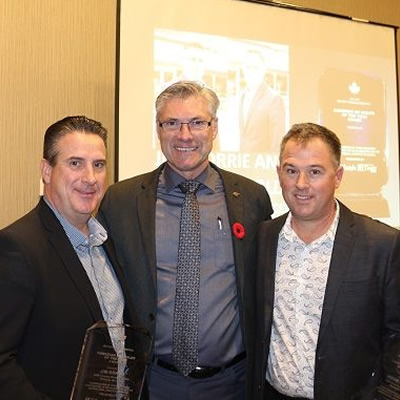 Both Jim and Kevin have been dedicated members of the RVDA for many years and have proven their commitment to the industry time and time again. 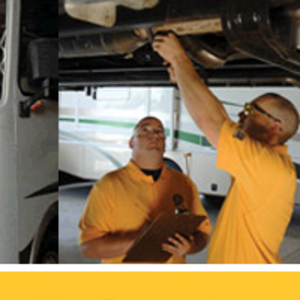