Ina and Allan Mellor have always been enthusiastic about hiking

As of June, 2013, it's been seven years since Ina and Allan Mellor sold most of their possessions, including their house in Cranbrook, B.C., and took up full-time RVing.

“We have always spent a lot of time away from home, camping and travelling,” said Ina, “so we decided we would try full-time RVing for a year. Our friends couldn’t understand how we could get rid of all our stuff, but it turns out we weren’t that attached to it. We had a couple of garage sales and sold our house, and we’ve been RVing full time for seven years now. It doesn’t feel like a holiday—it’s just how we live.”

The Mellors live in a 33-foot Everest fifth wheel that they pull with their three-quarter-ton GMC diesel truck. Though they are free to go or stay as the whim strikes, they do have a twice-yearly routine that they follow, according to the seasons.

“In September, we meet with friends who hunt in the Larchwood Lake area near Skookumchuk (B.C.), and then we come back to this park for a few weeks,” said Allan from his campsite at Mount Baker RV Park in Cranbrook. “We visit our storage space and swap our summer gear for the things we’ll need during the winter. We do the same swap, but in reverse, in the spring.”

Hiking as a way of life

Some time after the middle of October, the Mellors typically head south from Cranbrook. In 2012, when they arrived in Cedar City, Utah, they parked the fifth wheel and drove to the nearby hiking areas.

“We hiked to Bryce Point in Bryce Canyon at the end of October,” Ina said, “and the colours were a sight to see. The shades of red and cream in the hoodoo rock formations are just gorgeous.”

Allan said another memorable hike was the trail to Angel’s Landing in Utah’s Zion National Park.

“It starts with a paved, wheelchair-accessible trail," he said, "and then it becomes quite steep and narrow, with chain handrails and steep drop-offs on both sides.”

Just north of the Grand Canyon, the couple explored Lower Antelope Canyon, which is a famous point of interest for tourists and photographers.

“The canyon is a narrow, meandering slit in the rock,” Allan said, “and when you’re down at the bottom looking up, the sunlight picks out all the shades of red and the wavy lines in the sandstone, and you see the work that the water and wind have done. It’s just a fantastic spot.”

Arizona is a favourite

At Christmastime the couple went to Tucson and then drove up Mount Lemmon just to get close to some snow. There were a few other pickup trucks parked at the top, and the Mellors chatted with people who were filling their truck boxes with snow to take back to their children for Christmas.

“We’ve hiked in Sabino Canyon and up to Wasson Peak, the highest peak in the Tucson mountain range,” Allan said. “Ina hurt her knee on Valentine’s Day at Picacho Peak, so that slowed us down a bit. We went down to Sedona, Arizona, and took a very rough ride into the mountains with a Jeep and driver—that was our version of a bronc ride! We went to Quartzsite, Arizona, which is known as a rockhound's dream destination. They have a huge rock, gem and mineral show and lots of flea markets in January and February every year, as well as a big RV show. The population of the area increases by tens of thousands of people at that time.”

Allowing Ina’s knee time to recover a bit, the couple spent a week in Yuma and a day seven miles south in Algodones, Mexico, enjoying a few entertaining hours of shopping.

“We also got to see a hot-air balloon festival in Page, Arizona, with 50 to 60 colourful balloons in the air—very pretty,” Allan said. “In the evening, 20 or 30 balloons were set up along the main street, and they lit the burners in sequence. It was awesome to see the hot air and colours fill the balloons, one after another all up the street.”

And back in Canada

The couple’s agenda for the summer is to spend some time at Larchwood Lake forestry recreation area and then head to Alberta for a few weeks.

“At Larchwood we hike and we clean the area,” Ina said. “We pick up cans and bottles that people toss out. It’s good exercise and we feel good about doing it. It’s pretty cool—we've had people thank us for cleaning up the sides of the road.”

The Mellors are beginning to think seriously about where they would like to eventually settle when they’ve had enough of life on the road.

“We are considering the Nanaimo area (on Vancouver Island),” Ina said, “because our daughter lives there and the winter temperatures are milder. But our son is here in Cranbrook and lots of our friends are, too. We’d like to continue to hike as long as we’re able, and there’s lots of wonderful backcountry to explore around here, so this area is a strong contender.” 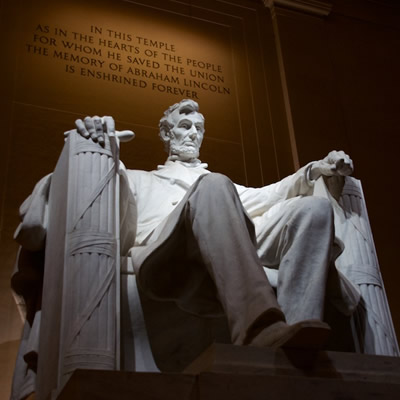 Five tips for planning your next RV destination

When the world is your oyster, here are a few factors to consider when deciding where to travel next. 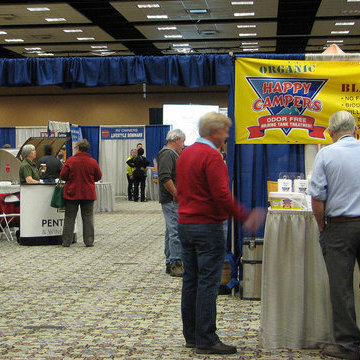