Passport America is a 50 per cent discount camping club

Finding quality camping along an RV route can be hit or miss and cost a lot of money. But what if it were possible to route your trip to camp at a discounted rate of half price? With a Passport America membership it is, and each year more and more RVers are getting in on the deal.

Established in 1992 in Florida, Passport America is a 50 per cent discount camping club that has grown from 40 participating parks to nearly 1,900 across the United States, Canada and into Mexico. Passport parks are in all the hotspots and located along popular routes to save their members money.

Sites range “from multi-million-dollar campgrounds down to your clean and neat mom-and-pop operations,” said Passport America vice president Ryan Simmons. “We’ve also got a trip routing service on the internet that goes from zip code to postal code,” said Simmons. “You can plan your itinerary trying to stay exclusively in Passport parks.”

According to Simmons, the initial cost of the member card, $44 per year, includes access to information on Passport’s camping directory, online guide and app with trip routing services, and “you get your $44 back in about three nights. Some people are breaking even in just two nights.”

Since hearing about Passport America from a friend about 12 years ago, Florida-based RVer Dale Mitchell and her husband, who have travelled across the United States and into Canada, now ensure that they have not only one but two types of passport on them when they are on the road.

“Some friends told us about it, so we took a look at it, signed up and have been in love with them ever since,” said Mitchell. “It’s saved us a ton of money.

“The first year I retired, about three years ago, we took a trip out west because we live in Florida.  It was a 10,000 mile trip and we used Passport America campgrounds along the way.

“Before joining Passport America, it was hit or miss regarding where we would stop for the night.  But after, we have a way to plan our camping experience. We can access information on what each campground has to offer and plan accordingly, according to amenities, costs, etc. It’s saved us a lot.”

While Mitchell said that saving money was the primary reason she and her husband joined up, friendships made through the network have been a pleasant secondary surprise.

To make the most of a new Passport America membership, Mitchell suggested downloading their free app if you have a smartphone, “because it makes it so much easier to find a Passport America campground that’s convenient for you while you’re travelling.”

She also suggested taking the organization up on its annual (sometimes biannual) invitation to members to attend a rally.

“We’ve been to several of the rallies and we love them because they’re so much fun,” she said.  “You will have a great time. It’s about the fellowship, meeting new people, and about the activities.”

She said activities at past rallies she has attended have included games, scavenger hunts, team trivia contests, bingo, cards, and bus tours. To top it all off, she said the Passport America staff keep a 20-foot smoker going 24/7 for the full four days of each rally.

“For people that have gone to other rallies, you usually don’t get fed like we do at the Passport America rallies. The food is unbelievable,” she said.

Simmons, who is also the Passport America rally master, said the next rally is set to take place March 24 to 27, 2014, at the Charlotte Motor Speedway in Charlotte, North Carolina. Visit www.passportamerica.com/rallies for information on the itinerary and registration. The $345 registration fee covers full hookups, meals and entertainment. 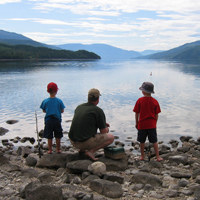 Freshwater Fisheries Society of BC 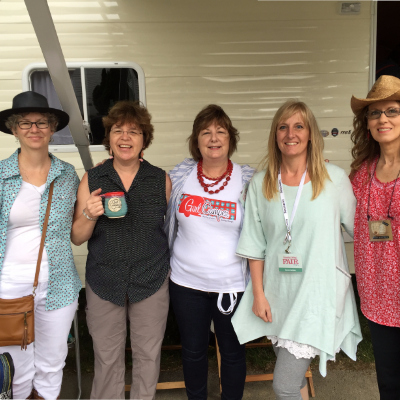