An article by John Paul Tasker on CBC.ca brought exciting news to the snowbird community. The U.S. government has opened its arms to Canadian snowbirds over the age of 55. Currently, the limit is 182 days for Canadians to stay in the U.S. without paying taxes as a U.S. resident, or dealing with other legal repercussions.

The article goes on to say that a bipartisan bill (which has just been presented to congress), would allow Canadian citizens over 55 years of age to stay in the country for up to eight months of the year, provided they have a rental agreement or home ownership throughout their stay. If the bill was passed, the snowbirds would not have to file U.S. taxes, and would be considered non-resident aliens by the IRS.

Be aware of provincial laws

Tasker went on to explain that there are still restrictions from our own provincial governments, which need to be considered as well.

"...while the U.S. could be prepared to allow older Canucks to stay longer — and in turn spend more of their money while vacationing in Arizona, California, Florida or the like — some provinces still have restrictions on how long a person can be out of the province and retain their health insurance, a key consideration for any senior. Many snowbirds aren't aware they risk losing their provincial coverage if they spend long periods of time outside the country, and it can take months to have coverage restored when they return."

The Canadian Snowbirds Association has worked hard to establish agreements with several provincial government bodies. Currently, B.C., Manitoba, Alberta, New Brunswick, Nova Scotia, Northwest Territories and Saskatchewan will all allow residents to be temporarily absent for up to seven months, without losing their health coverage. Ontario residents can do the same for 212 days of the year, and Nunavut and the Yukon have no residency requirements at all. Newfoundland and Labrador already allows an 8-month absence, while in Quebec and P.E.I. a person must be in the province for six months plus one day each year, to maintain their coverage.

The goal of this bill would be to boost the U.S. economy, attracting tourists who provide millions in revenue in the more popular destinations. 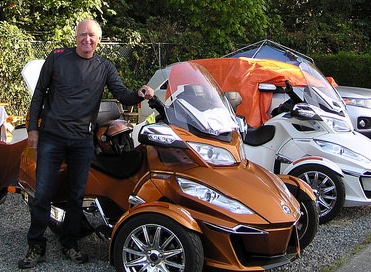 Not an RV and not exactly a motorcycle or an ATV–the only thing it can possibly be is a three-wheeled Spyder. 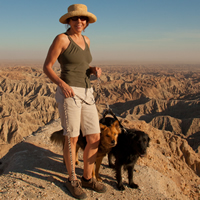 Successful photographer Fran Reisner divested herself of her possessions and her agenda, and embarked on a nomadic life on the road.