Pringle has her boss’s permission to shave her head

Seven years ago, Leslie Pringle was tired of her long hair. When she told her stylist that she wanted a short hairstyle, the stylist told her about Shave Your Lid for a Kid, a fundraising initiative for Alberta Kids Cancer Care, and Pringle jumped on board.

“If someone can benefit from my haircut,” Pringle said, “then sure, why not?”

It turns out that Pringle looks good bald.  She has the personality to carry it off, and as the owner/operator of Eagle Lake RV Resort in Strathmore, Alberta, she sets her own appearance code. On August 8 she will be shorn for the third time, donating 14 to 15 inches of hair that will be used to make wigs.

“Seven years ago we didn’t know any children who were living with cancer,” she said, “but we now know two little boys in heaven, so it became personal, and I’m just grateful to be able to do something that helps.”

One of the two boys who died was a seasonal visitor at Eagle Lake, and Pringle has built a memorial garden named for him. Alexander’s Garden is a pretty, peaceful spot filled with donated plants and trees. His parents started a charity called Alexander’s Quest, with the tag line “Granting little wishes to little warriors.” Parents of children with life-threatening illnesses aren’t always able to make their child’s wishes come true, and it is the mission of Alexander’s Quest to help with the many everyday, small-ticket wishes of the sick kids.

Eagle Lake RV Resort supports a number of charities such as the ALS Society of Alberta and the neonatal intensive care unit at Alberta’s Children’s Hospital, focusing on a specific charity each year. There is a coin box on the counter in the resort office, where visitors leave spare change. Between that and a “bribe bucket”—a shameless way for the guests to rack up points in the annual July 1 Most Patriotic Site competition—the resort is able to donate around $1,000 to its charity each year. Every third year, when Pringle gets her hair shaved off, the donations are more than twice that, adding up to $2,500.

This year, Eagle Lake RV Resort has teamed up with the local RV Dealers Association to do a bigger fundraising effort. The association holds an annual charity golf tournament and silent auction, raising an average of $5,000 for their designated cause. The new partnership has decided to aim high, with a goal of $25,000 in honour of the resort’s upcoming 25th anniversary. It costs $14,000 to run a Kids Cancer Care camp for one weekend, so the targeted goal will go a long way toward financing two full weekends for the valiant young campers.

“We set the goal one evening when we were socializing at a business conference,” Pringle said with a laugh, “and now we’ve got to work hard to meet it.”

“We have guests who spent time here as children and are now bringing their own children here for vacations,” she smiled. “It’s rewarding to see that.”

Eagle Lake Resort is a 25-acre lakefront property with 139 campsites. Included in the cost of a campsite rental are many recreation opportunities such as giant chess and checkers, various playing fields, a Saturday night hayride and an educational program with small farm animals. 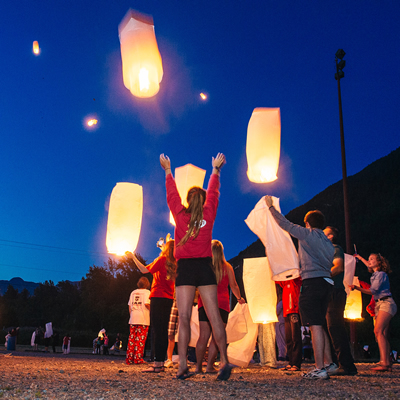 Go RVing Canada and Make-A-Wish ® Canada combined forces in the first National RV Weekend at sites across the country. 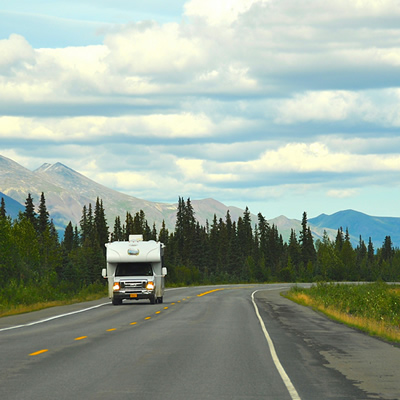