Fierce weather conditions were “snow” problem for this experienced RVer

The average daytime high temperature in the Kananaskis region of Alberta is about 14°C. Most RVers are dusting out their vehicles in preparation for summer, putting away parkas and pack boots. Calgarian Henry Ridders was no different.

“That was the trip to remember. It was the inaugural voyage of our new trailer and we tested it out to the extreme,” he said. “It was May 8th, 2008, approaching the weekend of my birthday. I was travelling to Mount Kidd RV Park and staying from the Thursday to the Monday.”

Ridders’ trip started with a malfunction in his RV’s water pump. Planning to travel into the Kananaskis district to meet friends from Spruce Grove, AB at Mount Kidd, Ridders detoured to Airdrie to visit a technician. The weather turned foul as his RV was being repaired.

“The technician and I laid in the rain and cut an opening in the bottom of the trailer. I watched the rain turn to snow thinking, ‘Hmmm, this looks like it could be interesting over the mountains,’” he said. By this point, Ridders was at a place where turning around would have been futile; the only was to go was forward.

Thick, heavy snow began covering Highway 40. Over 30 centimetres of snow pelted down, causing the RCMP to close the highway due to a high number of accidents. Ridders was one of the last drivers to travel the road before the closure.

“I’m an ex-truck driver, so the weather didn’t frazzle me,” he said. “However, there were two hills that I almost spun out on, even in 4-wheel drive.” Luckily, Ridders was able to arrive safely at Mount Kidd RV Park, and found the park nearly deserted, save his friends.

“We set up as best we could,” said Ridders. “My buddies had drove through the site and tried to flatten down the snow a little bit, and they helped me get the jacks and slides on.” Overnight, the huge snowfall caused the RV to shift, requiring it to be releveled in the morning.

“My friend got buried in snow because he made the mistake of leaving his awning out overnight,” he said, “and I actually had to get up on the roof to shovel it off.”

“It was definitely a fun trip,” he said. “We had the whole park to ourselves. The dogs had room to run and there was an abundance of wildlife. We took the kids sleigh riding, went for walks and had snowball fights. It was a totally different camping experience because we haven’t done a lot of winter camping.” 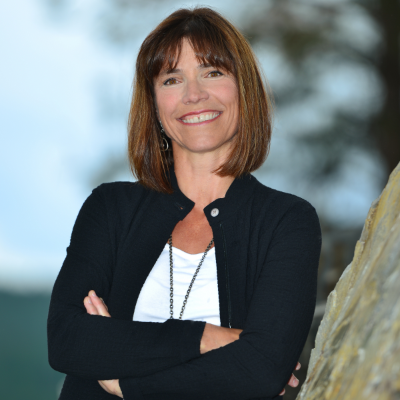 It’s the details that count with snowbird insurance

This mom, dad and three kids are living on the road and loving it. Here's how they make it work.