Mark Lewandowski is the general manager of the Rosebud Centre of the Arts in Rosebud, Alberta

Mark Lewandowski can’t imagine living anywhere else. He is the general manager of the Rosebud Centre of the Arts in Rosebud, Alberta, a Christian post-secondary school that offers theatre training within a community of professional artists who work with students in one of four chosen disciplines: acting, dramatic arts, technical theatre or music performance. These artists also work together producing four shows a year in the Rosebud Theatre, a 220-seat opera house which attracts upwards of 40,000 people yearly. Rosebud is a hamlet of about 100 people located an hour northeast of Calgary.

“Rosebud is the goal,” Lewandowski said. “This is where I want to be right now, until I feel I am called somewhere else. What I’m doing right now fulfills me.”

Lewandowski grew up in Edmonton, Alberta. He said it was apparent early on that his future was going to be in the performing arts, as all his elective courses were in theatre. The University of Alberta was a viable option, but he had doubts.

“I didn’t feel ready to go to U of A, it seemed to be too much,” he said. “I had heard about Rosebud and it really appealed to me because it was smaller and offered practical education. I was interested in starting up my own touring company, so thought I would go there for a couple of years and then move on. That was 25 years ago.”

Lewandowski thrived as a student in an environment that develops artists as individuals. He was challenged in what he describes as a place which offered a degree of safety yet still left room for growth.

“Students studying this program aren’t sheltered,” said Lewandowski. “It is intimate, challenging and supportive and a strong connection is made with the community. And they stay connected, become part of the community. Look at me. Someone said to me once, ‘You came here as a student and now you run the place.’ ”

Although Lewandowski’s passion is directing, he has spent countless hours on marketing and teaching and continues to mentor students while overseeing the operations of Rosebud Centre of the Arts, mainly focusing on Rosebud Theatre.

“I believe my work impacts people,” he said proudly. “I feel we create theatre that matters and we entertain people without preaching. There’s no agenda.”

Lewandowski and his wife, whom he met while they were both students at Rosebud, have a 14-year-old daughter at home and an 18-year old son in university. When not at work, Lewandowski keeps busy as a member of the Rosebud Volunteer Fire Association, teaching swing dancing, volunteering his time at church and directing shows in Calgary.

Over the years, Lewandowski has heard time and time again that a visit to Rosebud Theatre is more than just going to a show.

“It’s an experience,” he said excitedly. “People don’t just come for dinner and the theatre. It’s hard to separate the drive to Rosebud from the town itself, the show and then the drive home. It’s all part of the trip.

“This is such a unique place. It’s very small, with historical buildings, a couple of B-and-B’s, cafes, art galleries and gift shops. It naturally creates a feeling and a theme. But it isn’t themed, it’s just a town that exists.

You can be walking around and come across a couple of students practicing a sword fight or a group singing in preparation of an upcoming production. Rosebud is authentic and the theatre is the heart of the community.”

Little Guy is spreading its wings and making an impression on the RV industry.
by Danielle Cameron 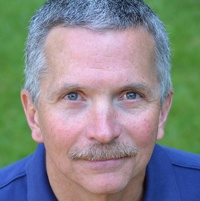 A network of care for your RV

Earl Manning is the manager of RV Care Network, a group dedicated to the safety of travelling RVers.