This new travel memoir is sure to hitchhike its way to the top of your list.

Ralph Martin’s compelling memoir Cross Canada Adventures: Two Journeys A Lifetime Apart, is a tongue-in-cheek tale of two intertwining adventures. Having hitchhiked coast to coast at the age of 17, and then having completed the journey again 40 years later with his wife and their 1986 Ford campervan, Martin has a lot of tales to tell. This book has a story for every traveller, whatever their mode of transportation.

The book was released this past December. It chronicles Martin’s time experiencing everything his mother warned him about, then returns to the present to share the adventures he had with his wife on their 11-week journey.

The book also includes many photos detailing his two trips.

“The two trips across Canada provided me with a lot of interesting stories that I wanted to share,” said Martin. “Some of them are funny, some thought-provoking and some are just interesting things that happened along the way.”

Martin’s book caters to a wide audience. It is mystery, thriller, adventure and romance rolled into one.

“In flashbacks, that naive youngster has a few run-ins with police,” Martin said, “is attacked by evil clowns, meets good Samaritans, and finds romance along the road. My older self entertains you with the trials of a road trip in a cantankerous old campervan.”

The book has compelling chapters with such titles as: Ukrainians; Saskatchewan: Easy to Draw, Hard to Spell; A Drunk in the Night; and Evil Clowns.

When asked how travelling was different his second time around, Martin described several changes.

“(It’s) a bit like asking how has life changed from 1970 until now,” he said. “The physical difference between teenagers and someone in their 60s, the physical differences in highways and campgrounds, and those of towns and cities is enormous. One of the similarities though, is that traveling still has a tremendous sense of freedom and the opportunity to experience new things.”

For more information about Martin’s adventures, visit his webpage. 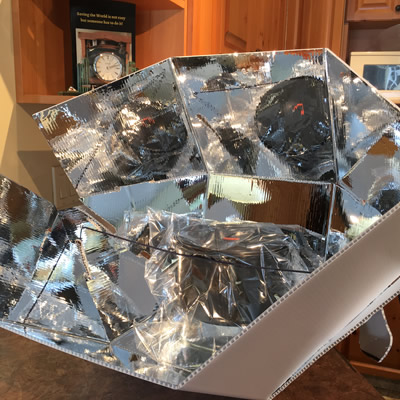 Use this portable solar cooker for an outdoor cookout

This solar cooker has a clever two-in-one design wherein the shipping box transforms into the solar cooking device. 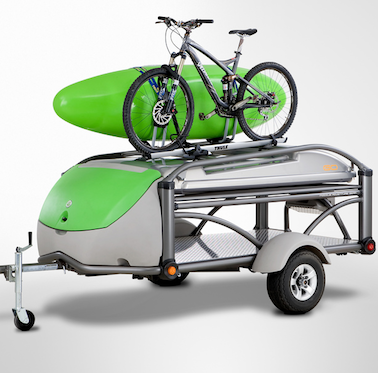 A tiny trailer for those who like to go everywhere

Don’t have a large tow vehicle? Check out the latest in lightweight trailers. It’s small, light and cute.