This festival strikes a gourd

The annual gourd festival attracts artists, musicians and many others

Kindergourdon. Flash Gourdon. A sailing regourda. The puns are out in full force at Wuertz Farm’s annual Gourd Festival, the largest festival of its kind in the United States and something that is best experienced firsthand.

Run by the Wuertz Gourd Farm, the festival is heading into its eighth year. The Wuertz family has been farming in the area since 1929, and began growing gourds in 2001.

“It’s a niche market but it’s getting bigger and bigger each year,” said Waylon Wuertz, owner of the gourd portion of the farm. “The first year we started with 5,000 people, and we just have gradually grown. Last year there were 8,500 people at the festival.”

Attendees come from every state and Canada, and even as far away as France. Entertainment comes in the forms of music, artwork and competitions.

Though the gourds themselves are inedible, there are plenty of food stands selling Mexican foods, kettle corn, hamburgers and more.

The eighth annual Gourd Festival will be taking place from February 4 to 6, 2011, at the Pinal County Fairgrounds. 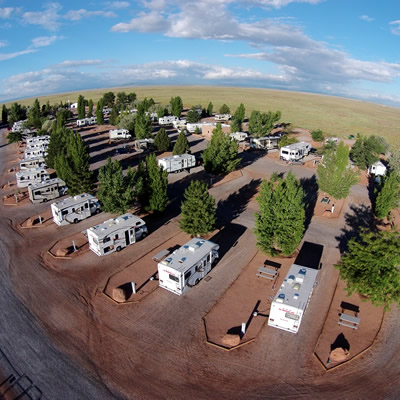 Visiting here is a blast

The Meteor Crater RV Park just 20 miles West of Winslow, Arizona, is the perfect basecamp for any and all Southwestern adventures.