More than 6 million new North American households have adopted the camping lifestyle since 2014, with the number of campers who camp three times or more each year – the most avid group of campers – having increased by 64 percent.

This growth, according to the results of the 2018 North American Camping Report, an annual independent study supported by Kampgrounds of America Inc. (KOA), is an indicator that camping continues to be a strong lifestyle attribute among Canadian households – and there is no indication this trend is slowing down.

In Canada, camping incidence remains stable with more than 9.1 million households (65 percent) including someone who camps at least occasionally. New Canadian camping households increased by a half million in 2017 and this group of new campers represents much more diversity than the overall Canadian population.

Of those new campers close to 1-in-5 camper households indicated they started camping within the past few years. Building on previous report findings, 34 percent of Canadian campers indicate they will increase camping trips in 2018, an increase of 12 percent from the first version of the report in 2015.

Increases in camping – both in reach and frequency – throughout North America can be tied to increased accessibility of camping due to the removal of previously held beliefs and barriers. While previous research demonstrated bugs, safety/security and/or campers not knowing anyone who camped as primary barriers to camping, those barriers are waning with technology and social media serving as access portals to helpful information both prior to and during the camping experience. Further, according to campers who say access to cell or Wi-Fi service has a great deal of impact on the length of their trips, they are able to take almost a full week of extra time camping.

“Camping is no doubt a fundamental outdoor activity in Canada, which may be why the subsets of Canadian data and their camping habits have remained relatively stable over the past four years of the North American Camping Report,” said Toby O’Rourke, president of KOA.

O’Rourke added, “The 2018 findings, however, have presented interesting shifts around Canadian campers’ trial and desire to try different camping types like cabins and RVs, but not surprising is Canada’s clear distinction as the country with the highest rate of RV ownership in North America.”

The 2018 North American Camping Report continues to show campers view camping as a time to relax, escape stress and clear their minds. Even with an influx of new campers (both younger and more ethnically diverse), differences in opinion about the reasons for camping are beginning to lessen, with close to half of all campers suggesting that camping has “a great deal of impact” on reducing stress and allowing them to spend more time with their families. There is also increased recognition that camping contributes to emotional and physical health.

Additional findings of the 2018 North American Camping Report, with a focus on Canadian campers and key differentiations among their counterparts in the U.S., include:

What’s more, the number of Canadian campers who plan to decrease their number of camping trips, or are uncertain of their 2018 camping activity, has decreased by 7 percent and 5 percent respectively, representing increased optimism around the outdoor activity.

How Canadians are camping

Canadian campers are experimenting with different types of camping. About 40 percent of Canadian camping households tried a new accommodation in 2017, with 30 percent indicating a desire to try a luxury cabin or motorhome.

Tent camping remains the highest camping accommodation with 61 percent of all North American campers identifying tents as their primary way of camping, however in Canada campers are decreasing tent use and increasing their use of RVs.

Outside of RV ownership, the 2018 report found a full one-fourth of the RV subset of campers say they borrow the RV they use to camp, and 1-in-5 say they rent from a company or peer-to-peer rental service. In Canada, these findings decrease significantly:

The propensity to rent the RV from a private owner or peer-to-peer rental service is significantly less throughout Canada (29 percent in Western Canada and 37 percent in Eastern Canada), showcasing that the increasing peer to peer trend in the U.S. is not catching on as quickly in Canada.

Looking at all North American campers, those located in the west of North America (Canada and the U.S.) are the most likely to travel longer distances (101 to more than 200 miles) to camp.

Are you a beginner to the art of camping? Check out this blog post from Outdoor with J - A Complete Camping Guide for Beginners, filled with everything you could possibly want to know about camping! 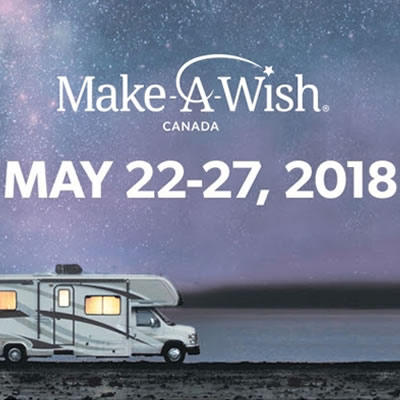 Mark the dates for the 2018 Camping Week!

Select campgrounds and dealerships across Canada will help raise funds for Make-A-Wish® Canada and offer special discounts in support of Canadian RVing and Camping Week. 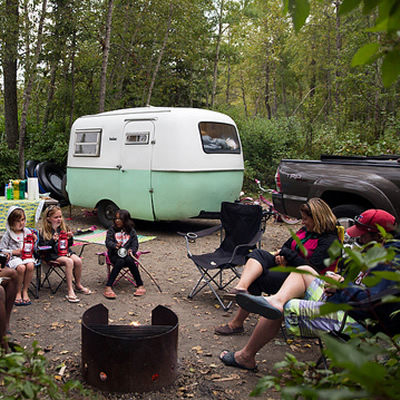 Another record year for Alberta campgrounds

It was the best year of the decade for Alberta Parks’ online reservation system.