Enthralled by the Alaska Highway

The Alaska Highway has come a long way since an army of 27,000 American troops and civilian workers from Canada and the U.S. completed its initial construction 68 years ago.

The numerous steep grades, poor surfaces, precipitous drop-offs and rickety bridges have undergone major improvements. The highway is now an easy-to-drive stretch of asphalt as you’d find anywhere—barring a few, short gravelly patches where the steely claws of extreme weather have made their mark.

This 2,237-kilometre road from Dawson Creek, B.C., to Delta Junction, Alaska, has lost some of its historical and engineering drama in recent years as upgrading took shape. But, the wild beauty of the highway’s setting has gained the attention of an increasing number of southern travellers.

“There’s scenery around every corner and nobody’s there,” said our impressed daughter Louise after her recent springtime trip from Calgary, Alberta, to settle in Whitehorse, Yukon.

That the road’s initial construction in 1942 was spurred by U.S. national security concerns impressed her less. Japanese bombing of Pearl Harbour had forced Americans to consider the vulnerability of an isolated Alaska, without overland supply routes to the south. Plans for the Alaska Highway to run through the Yukon and northern B.C. thus took shape in this wartime context, prompting one historian to call it the greatest U.S. engineering feat since the Panama Canal.

When my wife Chris and I hitched up our trailer for our trip to Whitehorse in August, our thoughts centred on the chance to travel as far north as we had ever been in Canada and savour that region’s isolated splendour. We were not disappointed. And, my fear about being set upon by swarms of giant mosquitoes proved unfounded.

Off to a tremendous start

A large sign in Dawson Creek marks the official southern start of the historic highway, but there’s no noticeable change in the road.

At this stage, two days from home, we were already deep in the boreal forest wilderness; the massive band of spruce, fir, pine, tamarack and aspen trees encircling the northern latitudes. Containing a cornucopia of flora and fauna, the boreal forest forms the largest storehouse of organic carbon on earth and plays a vital role in regulating our climate.

Travelling for days through these woodlands inspires awe at its sheer extent. The mountain views change, of course, and soon after Dawson Creek the highway descends spectacularly into the valley of the Peace River at Taylor.

We were glad we drove the eight kilometres off the highway after Fort St. John to stay in Beatton Provincial Park by Charlie Lake. We liked the diverse landscape with its rolling farmlands and river-carved canyons.

The next day even more mountainous terrain greeted us. By Fort Nelson, gas prices were noticeably rising, too. We could drive 15 minutes without seeing another vehicle. In such remote country, with up to 200 kilometres between services, we had to plan carefully where to gas up and stock up.

We stayed at a quiet campground at the raging Tetsa River, marvelling again at all the fresh water everywhere we went. I could only scratch my head at the traveller in a gas station who said there wasn’t much to see.

There followed what many consider the most scenic part of the Alaska Highway, climbing the pass through Stoney Mountain Provincial Park and entering Muncho Lake. For 12 kilometres and several viewpoints, the road runs parallel to the beautiful water with its deep greens and blues caused by the copper oxides leaching into the lake from adjacent peaks. Apparently, the lake offers excellent fishing, too.

We headed for Liard River Hotsprings which our daughter and guidebooks had promoted as a heavenly diversion. They were right.  A 10-minute walk from the parking lot along a boardwalk above the naturally hot marshes took us to the swimming hole with its simple changing room and no shower. The water offers various degrees of relaxing heat.

You can camp nearby if you want. Or, do what we did—take a sweet nap in your vehicle—before moving on. The highway seems straighter, but the mass of fireweed, goldenrod, clover and other wild flowers still line the right-of-way with their profusion of colours.

We didn’t spot much wild life on our journey, but a herd of wild bison stubbornly blocked the highway just before the Yukon border. Our destination was Watson Lake. Like all Yukon campgrounds, it offers the distinctively green painted toilets with the white lattice work, and free firewood—all for $12 a night.

By the next night we made it to our destination of Whitehorse, nestled in the Yukon River valley and worthy of several days of exploration. Our leisurely journey was completed in five days.

In Whitehorse and along the way, you can learn all sorts of fascinating information about the First Nations people, as well as stories from the white man’s settlement history. Access to the coastal community of Skagway is convenient from Whitehorse; taking the train from White Pass to get there is truly memorable. Meanwhile, the final third of the highway’s length into Alaska itself will be another adventure. 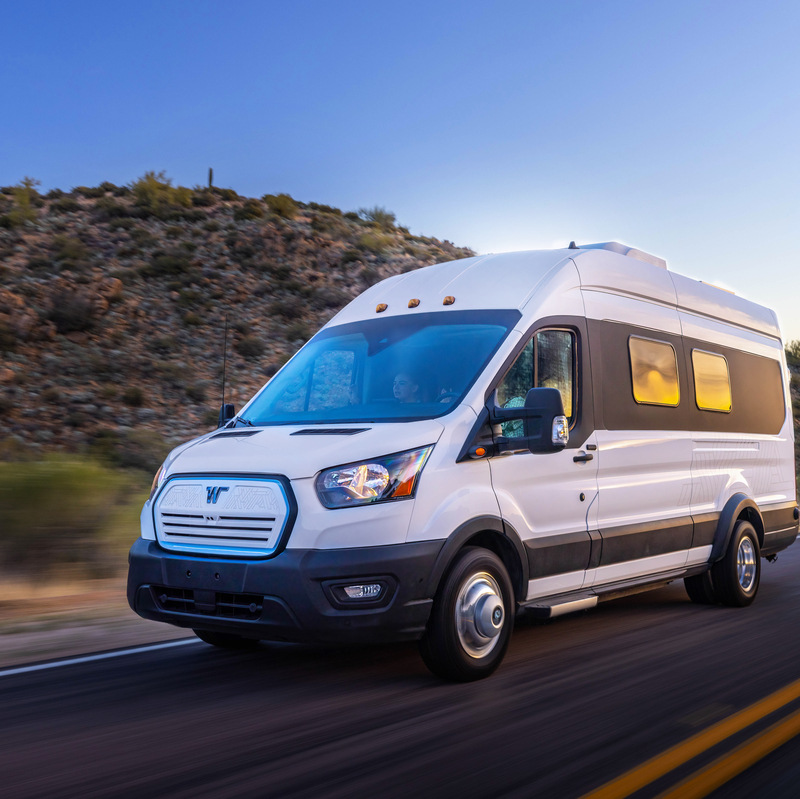 Electric RVs are a promising concept for eco-conscious travellers

In response to a changing world, Winnebago and other manufacturers are designing electric RV models. 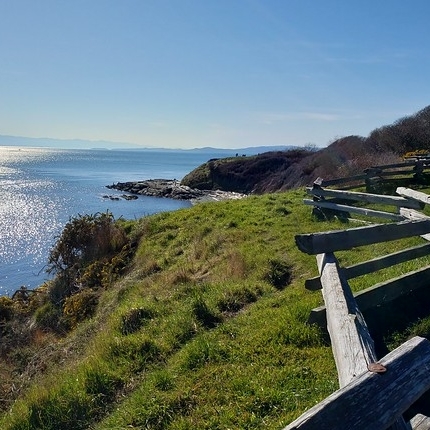 B.C. is expected to see a record-breaking increase in tourism for 2019, with more visitors returning to the province for sightseeing and camping.