Canadian travellers get their kicks on historic Route 66

Best places to visit along Route 66

“When your hands are on the wheel, you are the master of your own destiny,” said Lorrie Fleming, founder of the Canadian Route 66 Association. She believes in the restoration of North America’s most treasured roadway because of the joy it brings travellers, and sees plenty of opportunities for Canadians to join the adventure.

Dubbed The Mother Road by author John Steinbeck in his 1939 novel The Grapes of Wrath, Route 66 travels 3,945 kilometres through California, Arizona, New Mexico, Texas, Oklahoma, Kansas, Missouri and Illinois. It opened in 1926 as the beginning of the American highway system and was enshrined in the hearts of Americans with the birth of the family road trip and in popular culture.

A television show called Route 66, broadcast in the early 1960s, showcased the adventures of Buz and Tod who travelled the route in a Corvette, experiencing the countryside one town at a time. In 1946, Bobby Troupe brought us the song Get Your Kicks On Route 66, and more recently Pixar reminded families of Route 66 its 2006 animated film Cars.

“Everyone remembers Route 66,” said Fleming. “Baby boomers are rediscovering it. Now they want to get off the homogenous highway and into old America where pie and ice cream tasted so good and life was less predictable.”

The highway remains 75 per cent drivable (without needing a Jeep) and U.S. State Highway associations have reclaimed the road as Historic Route 66, thanks to resurging popularity and tourism opportunities.

“Route 66 means going somewhere, but it’s the mystery of what’s around the next curve,” Fleming said. “People want to rediscover America, and Canadians are a big part of that culture.”

The Canadian Route 66 Association is headquartered in Burnaby, B.C., with about 400 members from coast to coast. It provides travel advice, sightseeing recommendations, state-by-state tourism contacts and Route 66 guidebooks to Canadian travellers seeking the open road.

Fleming said there are many ways Canada can tap into the success of Route 66 revitalization.

“Almost every province has a direct route to Route 66,” she said. “Highway 89 starting at Glacier National Park in Alberta takes you straight to the Mexican border, crossing Route 66 in Flagstaff. The Jefferson Highway in Winnipeg leads to New Orleans, but crosses Route 66 in Joplin, Missouri. The provinces could be taking advantage of these opportunities."

The Canadian Association was incorporated in 1996 and mainly functions as an information network, with informal monthly meetings in Burnaby. Members participate in two major events each year—the Arizona Fun Run and the Route 66 Festival, held in a different state each year.

“The network offers peace of mind,” said Thistle-Miller. “When you break down and you don’t know where to go or if you’re going to get good service or a good price, it can be bad.”

Over 140 RV dealers in the U.S. work as a collective, serving one another’s customers with roadside assistance and repairs as well as offering discounts to members of the Route 66 network. Thistle-Miller is bringing the same assurance to Canadian travellers, with 10 existing network members and more to come.

“There is safety in knowing where you’re going,” she said. “We are looking at connecting about 40 dealers across Canada who will help one another.”

KOA recently connected with the network, offering discounts and assistance at every location in North America. Memberships to the Route 66 Network can be purchased from member dealers, or travellers are automatically enrolled when they buy a unit from Triangle RV Centre.

“A lot of people aren’t flying to Europe,” she said. “They are investing in themselves, getting away from the big cities. It’s important that families come back together, and believe in the RV lifestyle.

“It’s important to bring Route 66 back into the fold, and we are offering some travel security so people can do that.”

Travellers along Route 66 will find no shortage of scenery and historical attractions, but Lorrie Fleming of the Canadian Route 66 Association said there are a few stops along the way that road warriors won’t want to miss.

Be sure to stop and say hello to Angel the Barber—founder of the Historic Route 66 Association of Arizona and guardian angel of the highway. The day the freeway opened and Route 66 businesses began to suffer, Angel took action. He formed the association with help from other affected businesses and successfully lobbied the Arizona legislature to preserve the highway as a historical site. He is retired from cutting hair, but he still obliges visitors at his shop in Seligman, Arizona.

The cities of Gallup, Santa Fe, and Albuquerque, New Mexico, offer attractions with a Native American theme. Experience the Old West and learn about Navajo and Spanish culture in the New Mexico: the Land of Enchantment.

Spend a night at the Wigwam Motel in Realto, California, or visit Clairemore, Arizona, the town Will Rogers called home.

“Whatever you do, don’t just read books about the places you love … drive there!” said Fleming. “I like to see the pages turn through my windshield.” 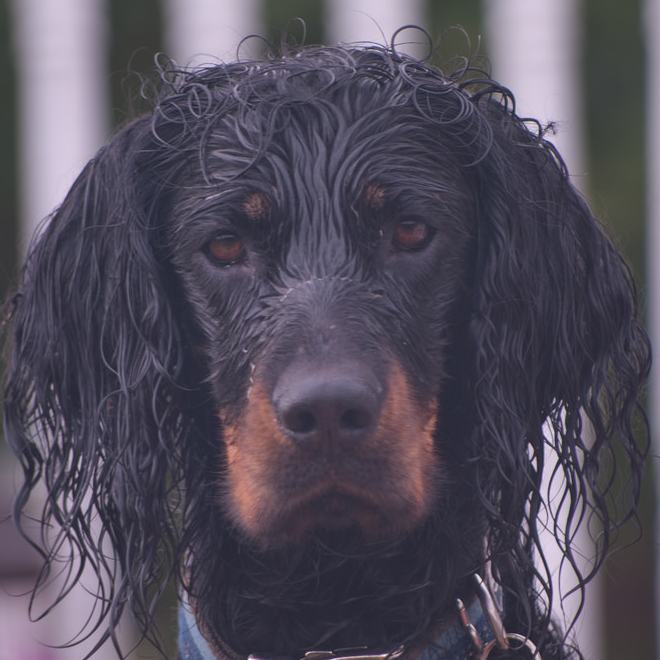 What about ticks and pets?

Get the information you need to ensure your pet is protected.