RVing brings a connection to nature

Brian Brawdy is a man on a mission. Over the course of his 12-month stint as a full-time RVer, he has appeared on TV 90 times, sharing his philosophies on green living and adventure.

Brawdy doesn’t care if it is a tent trailer or a Class A with marble counters—he feels that any time spent in an RV is green time. He promotes conservation through exploration.

“Once you realize you are connected to the planet, you are more inclined to save it,” Brawdy said.

Along with the greener experience, Brawdy loves his encounters with people on his largely unplanned adventure that has taken him to all continental states.

Brawdy believes that following a sense of wonder puts the human mind into a more natural state and he considers RVers to be the new adventurers.

“That sense of nomadicism is what we have evolved with—that looking over the horizon and seeing the sun setting and figuring out where it was going to,” he said. “When I read about bringing the faraway to your own front door…that sense of exploration is alive and well today in RVers.”

Brawdy’s experience has gone beyond meeting people and promoting RVing as a green lifestyle. He believes that spending time alone in nature has helped him connect to his higher power.

“The individual alone in nature, that’s when God comes,” he said.

In spite of his highly public life, Brawdy has found time to be alone. He walked alone across Death Valley, spent time solo in the Everglades and felt the silence in the badlands of Mikoshika State Park in Montana. Today, Brawdy is still on the road, adventuring, meeting people and spending time in the quiet of nature. 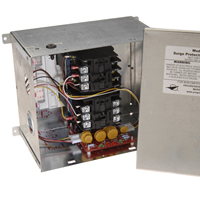