The Alberta RV Show season has come and gone for another year. It sounds like interest and attendance was strong at all three shows – held in Calgary, Edmonton and Red Deer.

“Thank you everyone for attending the shows and making them such a huge success. Next year's show dates are Calgary on January 25-28, 2018 and Edmonton on February 8-11, 2018. See you then,” said Dan Merkowsky, Executive Director of the RVDA of Alberta and driving force behind the shows.

RVwest representatives Amie Lubbers and Stephen White were in attendance at the shows. So we asked them what trends and impressions they took away from the 2017 RV shows.

#1—Stephen spied the MorRyde stair display. He says they are a great improvement over traditional RV stair systems as the system adds more stability when climbing in or out of an RV unit.

#2—Another thing that caught Stephen’s eye were the impressive new 5th wheels with the living room positioned on the top level with double slides. This is instead of the traditional master bedroom at the top. He says this creates a separate elevated living space and offers better views to the outside.

#3—He also noticed that many RV’s were now featuring decks that fold out for extra outdoor living space.

#4—Amie liked the virtual goggles available at Carefree RV, which allowed potential buyers and shoppers to envision different floor plans for Winnebago models. She says it was an awesome use of technology and a very cool experience.

#8—RV tech was evident everywhere. More units were sporting touchscreen controls, even from your smart phone or other hand-held device.

#9—Campgrounds were promoting the fact that they have been busy upgrading their wifi systems and access to satellite TV, so RVers can stay connected while camping.

#10—RV manufacturers have also been adding wifi and connectivity to their various trailer and RV units.

“There was a very positive vibe at the RV shows this year,” says Amie Lubbers. “I especially saw a lot of young families in attendance.” Stephen White added, “It is my understanding that the RV shows were up in attendance. Once the doors opened every morning the place became quickly packed with people.”

Based on the success of the 2017 RV shows, both Stephen and Amie predict increased RV sales and continued expansion of the RV industry throughout Alberta. 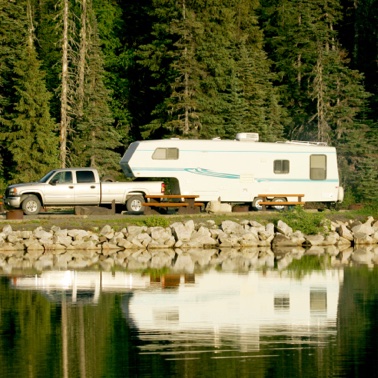 Want to camp for the long weekend but don’t know where to go?

Finding a camping spot at the last minute for the long weekend can be a challenge but there are still some campgrounds available. 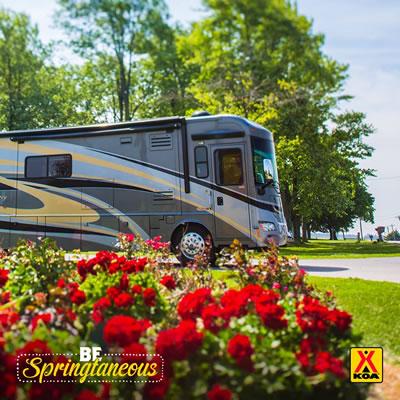 Canadian campers say the top reasons they camp are to escape the stress of every day life and because it’s an affordable vacation option.