Success story and milestones: the Erwin Hymer Group at the 2018 Caravan Salon in Düsseldorf

The latest record figures from the Erwin Hymer Group provide the proof: caravanning is bang on trend. This can be experienced live at the 2018 Caravan Salon in Düsseldorf. Numerous brands from the Group are represented at the world’s largest trade fair for motorhomes and caravans and are presenting their contributions to what the Group promises to be “The Leisure Experience”. But for the Erwin Hymer Group, the 2018 Caravan Salon is not just a mood barometer; it is also a milestone for the future.

The figures for the 2017/2018 financial year presented at the Caravan Salon in Düsseldorf underline the successful course that the company is navigating. With a total of 61,700 sold vehicles – 6,700 more than in the previous year – a new sales record has once again been achieved. This is also reflected in other key figures: with a turnover of 2.5 billion euros for the 2017/2018 financial year, the Erwin Hymer Group was able to significantly improve upon its previous year’s turnover of 2.1 billion euros.

The prospects for the future are extremely positive. Experts expect that the number of new registrations for recreational vehicles in Europe will rise from 189,000 in 2017 to around 245,000 in 2022. Particularly large increases are expected to occur in Southern Europe. The increasing demand is largely driven by four trends: a growing desire amongst consumers for unique, individual holiday experiences; the increasing urbanisation and the needs of city dwellers to enjoy nature; as well as a new understanding of mobility and demographic change. In addition, it is no longer just older people or so-called “Best Agers” who are enjoying holidays with a motorhome or caravan – more and more millennials are appreciating the associated flexibility and individuality.

The record figures for the Erwin Hymer Group also represent the first successes of the Group’s international strategy. After all, caravanning is not just popular in Europe. With the “Roadtrek” brand alone, the Erwin Hymer Group was able to achieve a market share of 28 percent in the North American camper van market for the first half of 2018. Since taking over the Canadian manufacturer two years ago, the number of registrations has doubled. It is mainly young North Americans who love the agile and easy-to-drive vans, which offer a similar level of equipment to fully fledged motorhomes. “At home in the world’ is not just the motto of the 2018 Caravan Salon in Düsseldorf; it is also applicable to the Erwin Hymer Group.

A new milestone: a joint venture in China

As part of its growth strategy and in order to secure success over the long term, the Erwin Hymer Group is continuing its international strategy. The establishment of a joint venture with the Chinese manufacturer Loncen was announced at the Caravan Salon in Düsseldorf. Caravanning is still in its early days in China. But this type of holiday is being promoted in a number of ways by the authorities. In fact, the expansion of the camping industry and the associated infrastructure is part of the Chinese government’s five-year plan. Over 4,000 campsites are to be built by 2020 as a building block for the promotion of local tourism. Campers currently only have around 800 campsites to choose from in China. At the same time, driving licence regulations have been amended. Chinese car drivers are now permitted to drive caravans or motorhomes with a maximum permitted weight of up to 4.5 tonnes.

Huge growth rates are already being recorded and many experts believe that the Chinese caravanning market could be the largest in the world in just a few years’ time. Ten years ago, there were only around 3,000 caravans and motorhomes in China. There are currently around 70,000 recreational vehicles in operation. With this joint venture, the Erwin Hymer Group is laying the foundations, so it can play a part in the early stages of this positive development.

Study on “Caravanning Cultures” in Europe

The Erwin Hymer Group has published the results of a Europe-wide study about “Caravanning Cultures” just in time for the Caravan Salon in Düsseldorf. In the early summer of 2018, over 3,800 campers were asked about their wishes, habits and experiences. The analysis shows significant cultural differences between holiday experiences – as well as many similarities. Almost all nations have the Mediterranean Sea down as their favourite destination and also agree that cleanliness is a decisive factor when rating campsites. While the English and Dutch tend to travel to one site with their caravan and stay there, Italians prefer motorhomes and to travel from one site to another. The length of the average camping holiday also varies: it is seven days for the British and fourteen days for the Dutch, the French and the Swiss. Another interesting finding: campers under the age of 40 in particular can image renting their vehicle to someone else.

Safeguarding the future with innovations and partnerships

As the philosophy of the Erwin Hymer Group is not to follow trends, but rather to actively shape them; the Erwin Hymer Group has established the Innovation Camp – a platform for innovative projects by the brands and with external partners, such as universities and renowned research institutes.

The first projects from the Innovation Camp were premièred at the Caravan Salon. They include the e.home coco by Dethleffs. As the first electric caravan, it has been designed to allow drivers of electric cars to achieve practical ranges even when towing.

The idea for a new light concept for Erwin Hymer Group motorhomes also originated in the Innovation Camp. As lighting massively influences well-being, the focus is on adjusting interior light to the biorhythm and to the natural daylight. An ideal solution for the various functional and usage areas of a caravan is also being strived for: from the morning toilet to cooking to the right lighting atmosphere when reading or watching television.

Martin Brandt, CEO of the Erwin Hymer Group: “We are proud of our new best brands in terms of revenue and sales. Our ability to serve different customer expectations with the appropriate brands and offers is paying off more than ever. This strategy will allow us to benefit from the market growth over the coming years. And our joint venture in China is laying the foundations for us to become a key player in one of the most interesting future markets.” 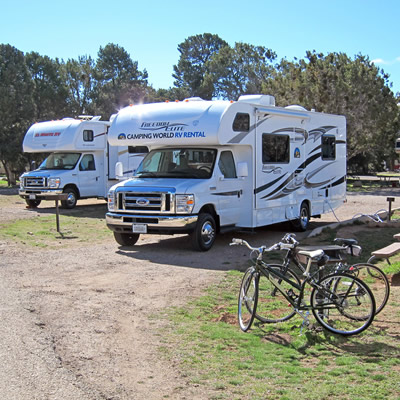 In a recent Judge's decision, incorporated campgrounds are too small to qualify as small businesses 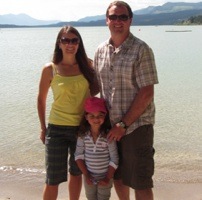 We have a winner!

Congratulations, Carla, you are the winner of our August photo contest.