More North Americans are discovering the benefits of time spent outdoors and as they do, they’re committing more time to camping each year. More than 7.2 million households in the U.S. have started camping over the past five years, bringing the total number of camping households in the U.S. to a new high of 78.8 million, according to the 2019 North American Camping Report, an annual independent study supported by Kampgrounds of America, Inc. (KOA). North Americans are also camping more frequently than ever before, with 72% growth among those who camp three or more times each year – the most avid group of campers – since 2014.

Key factors driving this upward trend include an influx of younger and more diverse campers; millennials having kids and taking them camping; and North Americans’ love for the outdoors.

Of the 1.4 million households that started camping in 2018 alone, 56% are Millennials and 51% are from non-white groups. Millennials currently make up the largest segment of campers at 41%, up 7 percentage points since 2014, and Gen Xers make up 36%, up 9 percentage points.

Starting a Family and Camping with Kids

Changes in life stage, specifically starting a family, is a significant factor fueling the growth of camping. Fifty-four percent of Millennials are now camping with kids and when asked what was the key trigger that got them to camp more, the majority said having kids. Millennials with children in the household are an avid group of campers: 63% camp more than seven nights per year, and two-thirds plan to camp more in 2019.

In fact, camping families with children in the household form the most avid group of campers overall. This group took the most camping trips and spent the most nights camping in 2018, and are substantially more likely to camp more often in 2019.

Love for the Outdoors and the Social, Emotional Benefits of Camping

Half of all campers say their love of the outdoors is what sparked their interest in camping. This has remained the leading driver over the last five years. Campers are increasingly seeing camping and other forms of outdoor recreation (hiking, biking fishing, etc.) as one in the same. This trend is being driven primarily by younger campers.

Campers are sharing the love, too, with 48% of new campers reporting that other people got them interested in camping. Overall, campers – no matter age or ethnic background – view camping as a time to reduce stress, relax and clear their minds, and spend more time with family.

The findings of the 2019 North American Camping Report suggest this momentum will continue given North Americans’ enthusiasm and strong commitment to camping. Survey results show the growing camper segments have a great deal of enthusiasm for taking more trips and camping more nights each year.

More than half (51%) of parents report that the enthusiasm for camping among their children has never been higher. And teen campers agree – 96% say they enjoy the time camping with family and friends, and they say they are healthier thanks to the benefits of camping and other outdoor activities.

Further, one-third of all American and Canadian campers now self-identify as a “life-long” campers, the highest rate since the survey’s inception in 2014. Both millennials and Gen Xers are more likely to identify themselves as lifelong campers when compared to past years.

New trends in different camping experiences, including glamping and van life, is also contributing to the increasing interest, and expanding the modern definition of camping. According to findings in the 2019 report, close to half of all campers are interested in a glamping or van life experience, a rate that has doubled since last year. Campers’ excitement to try new and different methods of camping has spawned new and expanding extensions of the outdoor industry.

“Since we started measuring the North American camping market five years ago, we’ve seen increasing diversification of age, life stage, ethnicity and even sexual orientation among campers, yet what remains consistent is a shared connection through a passion to immerse themselves in the outdoors through camping,” said Toby O’Rourke, President and CEO of KOA. “We ultimately believe that the fundamental reason why people camp – to connect with each other and with nature – will not change, but how they camp may. We continue to evolve our offerings based on these insights to provide campers with better experiences, thus meeting needs and continuing to help foster the growth of camping throughout North America.”


The popularity of camping continues to grow and the future of camping remains strong – even among the youngest group of campers.

Traditional camping – tents, RVs and cabins – remains strong, but the growth in new and unique camping styles has skyrocketed as camper demographics continue to change.

Younger campers are helping to drive the future of camping with millennials (61%) and Gen X (56%) campers being the most likely to camp more in 2019.

To view past versions of the North American Camping Report or obtain corresponding 2019 report imagery and graphs, visit KOApressroom.com. For more information on KOA’s Campground of the Future initiative, a collection of interactive and animated illustrations depicting a 2030 campground, visit Campthefuture.com.

Teen Survey Results: The results are based on a total of 400 surveys completed among a random sample of U.S. households with children between the ages of 13 and 17. Each survey was completed with a teen respondent whose parents gave prior permission. A sample of n=400 teen campers is associated with a margin of error of +/- 4.9%. 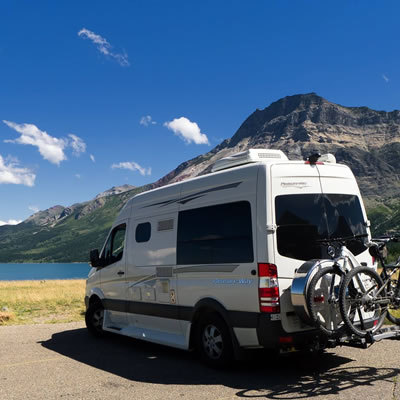 Pleasure-Way Industries has come a long way in leading edge design and innovation over the 30 years they have been in business.

MP Wayne Stetski slammed the Liberal government for a plan that would see the selloff of up to $8.3 billion worth of Parks Canada infrastructure.